My trash bin is filling up with hundreds of files, I can imagine that most of these are from the Mac’s Photos application. I unsynced it but then it was erased from my local drive. Now I am re-installing it from the Amazon Cloud so I will recuperate it completely.

Since Photos is on the Apple Cloud I don’t need to back it up/sync it with Amazon.

What are the steps to take so that I no longer sync/back-up the Photos Library but still keep it on my Mac?

To clarify, do you mean:

Can you send a diagnostic from the odrive menu so I can take a look?

I just sent you the diagnostics.

Hi @frankamoros,
I took a look and the items in the trash are definitely from Photos. They look to mostly be what are called “derivative” resources, like cached thumbnails and such. The files tend to be fairly volatile, so there is a lot of churn with deletes and adds.

If you want to go this route, I would recommend making a local backup of the library, just in case, and make sure Photos is closed before doing so. The rename should work just fine, but you may need to tell the Photos app where the library went. In my own test, Phltos actually just found the renamed file without any prompting the next time I started it up. This is probably because it is the only photo library in my Pictures folder.

Just so that I understand you correctly, please clarify the following:

With this information I can make a decision on how to move forward.

Hi @frankamoros,
By “sync to odrive” I just mean you have created a sync relationship with some existing folders on your system, like Documents and Pictures: https://docs.odrive.com/docs/manage-sync#section-sync-external-folders

There are certain files names, prefixes, or suffixes that will be ignored. The list of those is here: https://docs.odrive.com/docs/sync-changes#section--ignore-list- 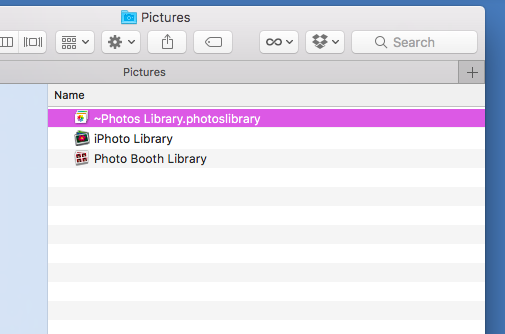 I opened Photos and see this message:

What should I do?

Another question… Could I just remove the entire PICTURES folder from being backed up by Odrive? Is this an option?

Hi @frankamoros,
I did some searching on this and it appears to be some confusing/bad behavior by Photos for libraries synced with iCloud. If you rename back to the original name does it open without any message?

For your second question, yes, you can just remove sync on the Pictures folder (right-click->Remove Sync).

I renamed back to the original name and Photos opened just fine. Without any message.

I think I will create a second PICTURES folder (with a different name of course). One will be synced with Odrive and not the other. The one not synced will contain the Photos file.

Question… if I move files that are already synced but to another folder, does Odrive recognize that they are uploaded already to the Amazon Drive? If so, then they won’t be uploaded again just moved… correct?

Hi @frankamoros,
Can you provide some details on the move you are planning? odrive will try to follow moves and optimize to prevent any re-upload, but it is not 100%, especially when moving very large data sets. In general it should work, but I just want to make sure I understand the plan.

Currently I have a Pictures folder with many folders. I will create a folder called MY PHOTOS and sync it to Odrive. Then I will move all picture files into the new MY PHOTOS folder. Since these files are already being synced, they should just move over.

Then I will UNSYNC the PICTURES folder which will contain the Photos Library.photoslibrary file.

Hi @frankamoros,
Are you still in the midst of uploading all of the pictures?

Once everything is synced up successfully, ping this thread again and we will go over next steps.

Here is what I did… 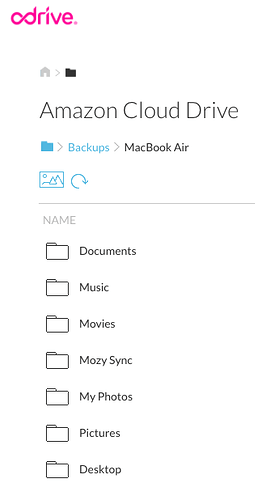 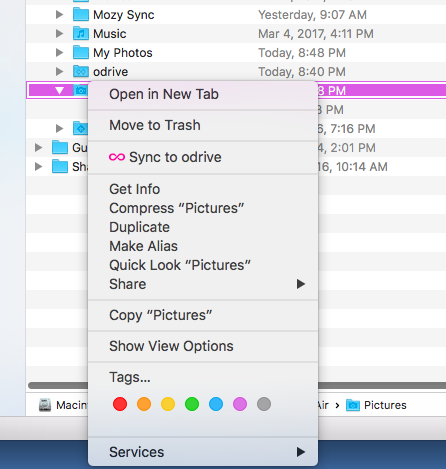 FYI - Odrive is no longer syncing the Photos file and isn’t constantly running.

Hi @frankamoros,
Great! I’m glad you were able to get it all sorted out. Thanks for the update.