@Tony Any update on this topic? SharePoint library sync would help Odrive appeal much more to businesses. Microsoft’s terrible product may eventually get better, but at this point it would be a great way for you guys to grab some market share.

P.S. Here’s a link to a barebones 3rd party sync tool that supposedly does SharePoint syncing, but I haven’t tried it (SPSync).

Thanks for the feedback. There isn’t any news on Sharepoint libraries, but it is something we want to revisit in the future.
The last time I checked in on it, a few weeks ago, there were still pieces missing from the OneDrive unified API that we need to make this work properly.

May I ask a related question.

Can OneDrive for business sync Sharepoint files at all? If so, then I was planning on having that work and using Odrive for the personal business files.

Thank you in advance. @dysruptor, I am going to try SPSync today, in case you want feedback.

Something interesting to note, however, is that odrive provides Spaces for free, which can be used to create collaborative storage areas from any of your existing storage. The use cases parallel Sharepoint sites in many respects.

You can learn more about Spaces here: 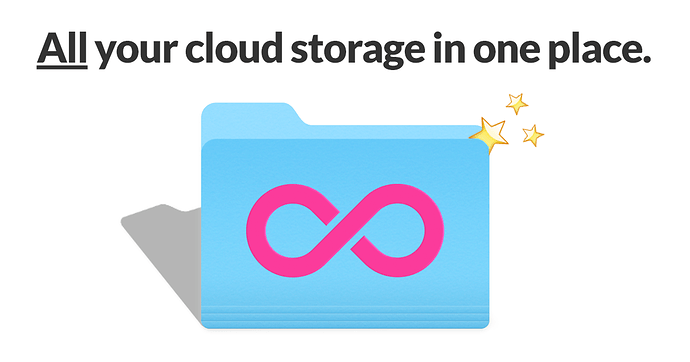 Thanks, Tony. I am proposing Odrive to be our corporate solutions.

As a note, I tried SPSync and could not get it to recognize the SharePoint site.

Thanks for the feedback Don.

We are actually working on a feature-set called “Org” that is business-focused and will provide some very compelling functionality with regards to storage management, user management, and collaboration, while still making use of the same odrive client. I have a feeling you will interested in that, once we release.

Would be a really nice feature to have sharepoint sync

I second that, any news on the status of Sharepoint Library support?

Nothing yet. We will be sure to announce any movement in this area.

Gents – please advise if you are planning sharepoint support. Thank you.

It is something we would like to offer in the future, but the integration is more complex, with several caveats, so it is not something we have on our immediate roadmap.

A post was split to a new topic: File Server in the cloud

Is this now more viable with the new beta of the Graph API from Microsoft: https://developer.microsoft.com/en-us/graph/docs/api-reference/beta/resources/sharepoint ?

Thanks for reaching out @thinkchris.
This is not something on the immediate roadmap, unfortunately, but the product team has it on their list and we will be sure to announce if it is added to the product.

This would be a critical addition for me too, if an extra vote matters.

Has anyone cracked the ability to connect o-drive to a Microsoft Teams tenant site on SharePoint yet?

bump on this issue of connecting to SharePoint.
rclone has the feature (via webdav)

also looking for this

Support for Sharepoint has been released on the web client with desktop support coming next week!

Hello odrive Community, We’ve got a web and server release with some integration updates… Web and Server Release: NEW! MinIO integration and links page. OneDrive for Business/Office 365: NEW! Support for Sharepoint Note: Sharepoint will be available on the web client, only, until a new desktop client is released (coming soon). NEW! Support for “Shared With Me” Bug fixes. If you have built out your own private cloud object storage using MinIO, then you’ll definitely want to consider us…

Hi folks, We have a new desktop release for you as well as an update on a web and server release. Win v.6617 / Mac v.6711 NEW! Microsoft SharePoint integration… sync your sites documentation with odrive now! See the link Sharepoint page for more information. Slack and OD4B rate limit handling adjustments WebDAV download fix (as seen on racaty.net) Performance tuning adjustments Other bug fixes Web and Server Release: Support linking SharePoint as a new/separate source independent of One…