Hello,
How do I prevent Excel files modifications by different users? The modification/files are being saved on separate excel files and are not reconciliated.

Hi @stephane.emond,
odrive doesn’t have a way to determine if users on other machines have an Excel file open or to facilitate “co-authoring”, where multiple users can edit a file at the same time.

The behavior you are seeing sounds like odrive’s conflict detection/resolution.

A conflict is detected when:

We also added a pop-up alert in our recent versions that will inform the user that a conflict scenario has occurred: 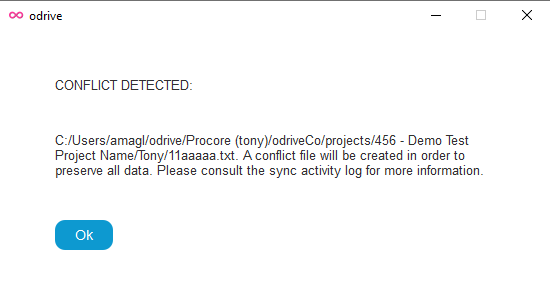 The odrive sync activity log will also show detailed information about any conflict scenario that is detected: 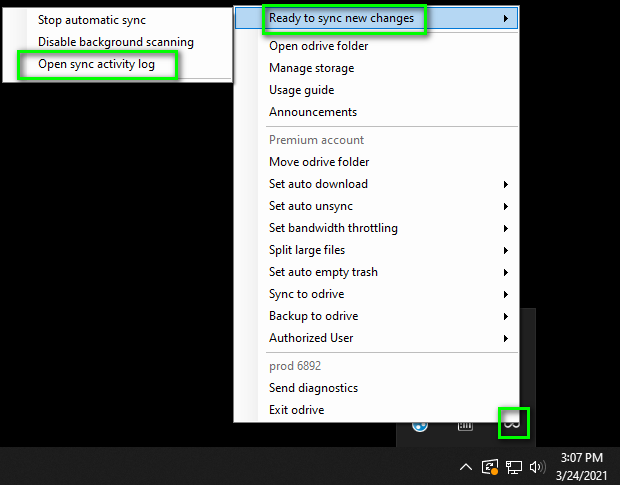 Even though odrive will do its best to deal with conflicts so that all data is retained, it can’t beat user coordinated process/workflow. The best way to mitigate conflict situations is to create a good process around collaborative editing. That’s why we always recommend that users practice some amount of coordination when working on the same files to try to minimize conflict scenarios.

I believe your company is using Procore, in which case you can make also use of a couple of Procore features: