I restarted my computer and after that all my folders and files lost the pink and blue icons saying if it’s syncing or not. After that I tried going to my old files that were already in the cloud and I just can’t access then. All these happened after I just copied a new folder to Odrive and then moved it to another folder (inside Odrive too). I had a big folder with 70GB that said it didn’t exist in the Odrive desktop app and then I checked it in Amazon web app and that folder was in the trash and I had to restore it. I had been using Odrive for 4 days now with no troubles and I’m getting a little bit nervous about using it to control my cloud. Can anyone try and explain me what happened and how can I solve this? 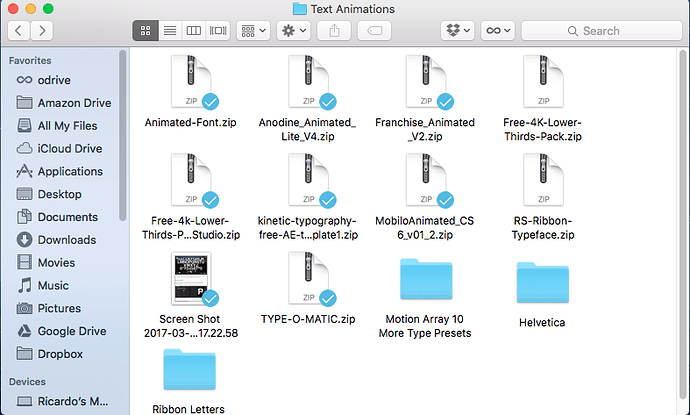 but when I check in the web:

and then I see that odrive moved my folder “Text Animations” to the trash without me moving it.

Why does this happen? Can’t really understand what’s going on…

If someone can help I would be much appreciated or I won’t be able to use Odrive anymore as I can’t trust if my files are deleted without me moving then at all. Thanks!

Even if a file is deleted on the local computer, that delete will not be sent to the cloud without the odrive trash being emptied. If you are concerned about deletes, for the time being, make sure auto-trash is not enabled.

For the other errors, can you send over a diagnostic from the odrive menu so I can take a look?

Hi! I do not have the auto trash enabled! I sent a diagnostic. I just pressed the “Send diagnostic” option. Is that it?

Is this happening because I moved the folder from one side to the other before it was synced? (always inside Odrive folder)

Hi @besugophoto,
I took a look at your diagnostic and you have a lot going on right now in odrive. There is a lot of activity and Amazon was throwing lots of exceptions back to odrive on upload operations, at least at the time of the diagnostic where there were 40 files that were queued after failing to upload to Amazon for various network-related issues.

I don’t quite understand what you mean by moving a folder from one side to another, but you should not move items while you are in the middle of syncing. I always strongly recommend to let your files sync before you start reorganizing, or really doing anything with odrive during these large bulk operation. Remember that odrive has to track every single thing you do and reconcile that on both the remote and local sides. If you start performing lots of operations on top of bulk upload, you can really stress the system and some optimization can be missed.

My advice would be to let odrive finish syncing what it has and then worry about reorganizing after everything is safely in the cloud.

Are things further along now?

Yes that’s what I thought too! I moved folders while they were syncing and I guess that’s what caused it. I solved the problem I thing, I had to delete the 50gb I uploaded and now I’m re-uploading them to it’s right place and only moving them or deleting items after it has finished syncing.

Thanks for trying to help!

Glad to hear things are looking better. Let’s see where things end up after letting odrive sync for a while.