I’m trying to use Microsoft Excel. The files are not syncing to OneDrive when I look on the OneDrive website. Further, when I save the Excel file, it is creating an entirely new file in the initial oDrive folder, outside of OneDrive. Transferring this file into OneDrive and replacing the existing file doesn’t change anything; as soon as my next save, a new Excel file is created back in the initial oDrive folder, outside of OneDrive. And around and around it goes. I’ve created several Excel files and they’ve all encountered this issue.

I haven’t seen it happen in Word yet, although I am now quite anxious about this.

It may be good to show where the Excel files are ending up in relation to the odrive folder.

I’ve gone back today and created a sample Excel file…and now it seems to be working.

Screenshot 1 shows where the file is initially saved, and where yesterday all subsequent saves created an entirely new file. Screenshot 2 shows the file path of where the file was moved. Even though it was relocated, as I indicated, it kept creating a new saved file back at the location in Screenshot 1. It also would not sync to OneDrive.

Again, it “does” seem to be working now, but I’m not sure what occurred yesterday as opposed to today that is allowing it now to work. 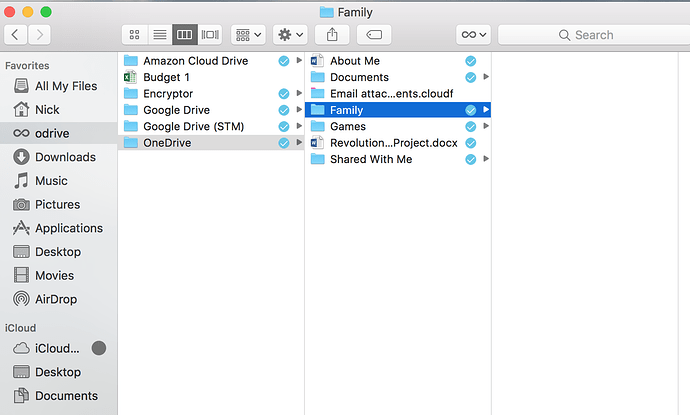 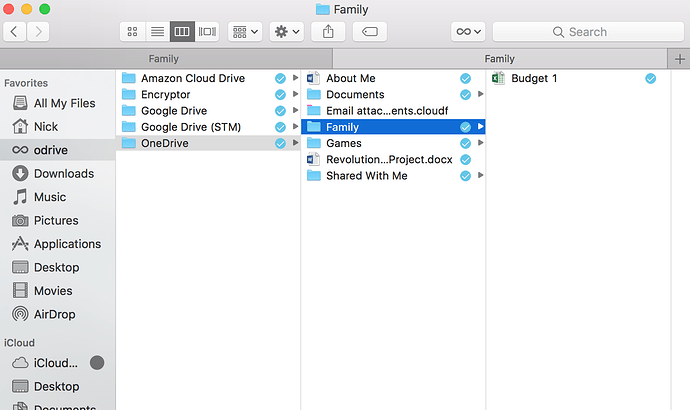 I can’t say what is happened, but please let me know if you see it again. 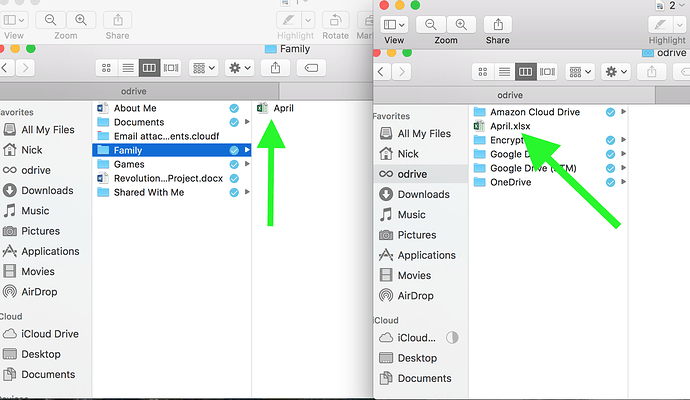 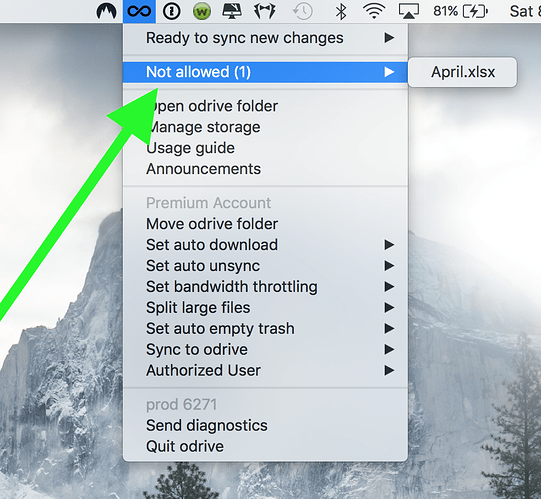 By using Finder’s “Duplicate” feature it seems to behave normally. At least for now. Will keep you informed.

Hi @nicksatin,
This is really strange. I can’t duplicate it and have never seen another reported case of it. I know that odrive will not arbitrarily move files around, and certainly not into the root of the odrive folder.

The reason the files shows up in “not allowed” there is because odrive can’t sync files/folders that are placed in the root of odrive. It can’t because there is nothing to sync it to. the root of the odrive folder only holds links to remote storage, but has no storage of its own.

So you are opening the file from a location inside a linked folder and then, when it saves, it ends up saving to the root of the odrive folder? At that point does the file cease to exist in the original location?

Can you send a diagnostic from the tray and I will see if there is anything I can identify?

Next, I would work on the file and shortcut save. At that point, a new file is created back in the main oDrive folder and the existing file in (again as an example) Family --> Budget --> 2017 no longer reflects the existing file.

Then, I “Replace” the old file with the newly created one, but the process repeats ad infinitum. I finally broke the cycle by using Finder’s “Duplicate” feature.

Hi @nicksatin,
I think the issue there was that you were using “save as” to designate the root of the odrive folder. When you moved it to the new location Excel would still be thinking it needs to save it in the location you chose, and would do so once you saved. It doesn’t know about the move, since that was done outside of its knowledge.

I believe you would need to either start out by "save as"ing in the correct folder (OneDrive --> Family --> Budget-- > 2017) or, close Excel, move the file from the odrive root to the desired location, and then open the Excel file from there.