Issues with .xcodeproj files and git

Dropbox had the same problem a couple of years ago. Ya gotta fix that fast.

…and apparently deleted it from my Dropbox account as well. Good grief, even Dropbox didn’t do that.

The only way odrive can delete files is if you manually empty trash. Did you empty trash?

odrive also can not permanently delete files in Dropbox. You can recover it in Dropbox.

What was your setup? Were you editing xcode project files on multiple machines and using odrive to sync them in real time?

odrive made a hash out of my directories. doesn’t understand xcodeproj packages, deleted folders, made a real mess. 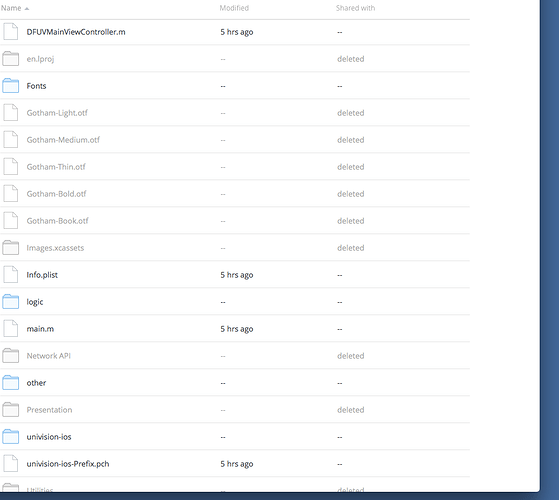 well, odrive wrecked several of my project directories. didn’t understand xcodeproj files. deleted folders and synced that back to dropbox, and so on. didn’t download .git files. it made a real bloody mess of things.

Did you empty trash? That is the only way to push file deletes to dropbox.

Also, how does excluding files wreck your project? If you are syncing with git, what makes it into dropbox or not should not make any difference.

Consolidated the multiple posts into here.

@prenez We want to provide the best experience possible, so we interested in what was going on here. Can you please take a look at Peter’s questions above and provide some additional details?