I just installed odrive on Mac 10.14.5 to try it out. To test this I synced a small Documents folder with three files to Google Drive. That works. But the file badges do not appear. I rebooted my computer and the file badges appeared. That’s good. But after the reboot ALL Google Drive badges disappeared. Google Drive has the green dot on files when it’s synced. It seems like odrive file extension is overwriting the Google Drive file badges. This is not supposed to happen right?

Here are the screenshots: 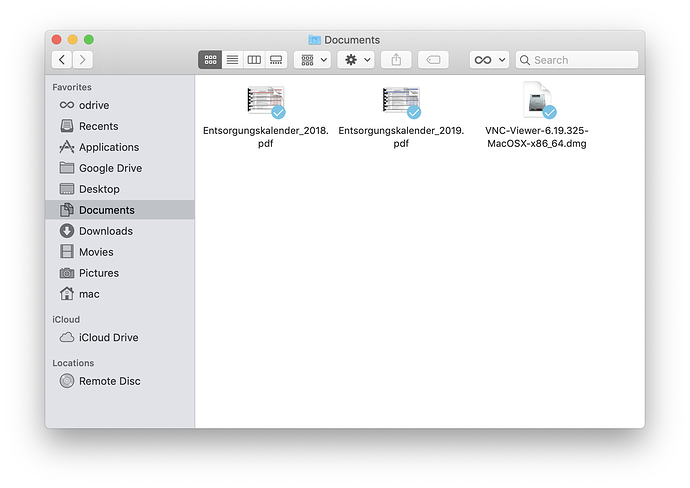 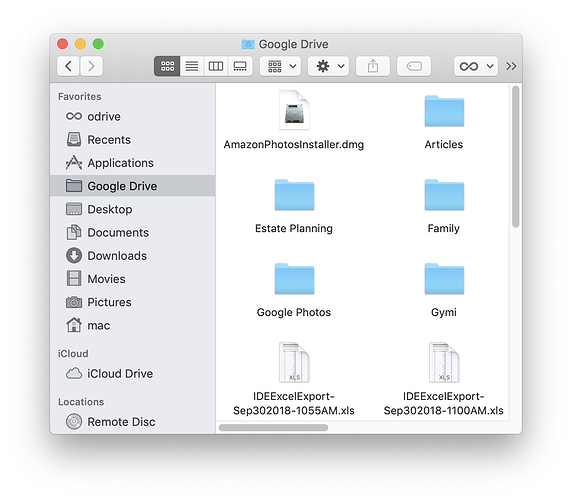 I forgot to include this earlier. The extensions setting is correct for Google Drive and ODrive. 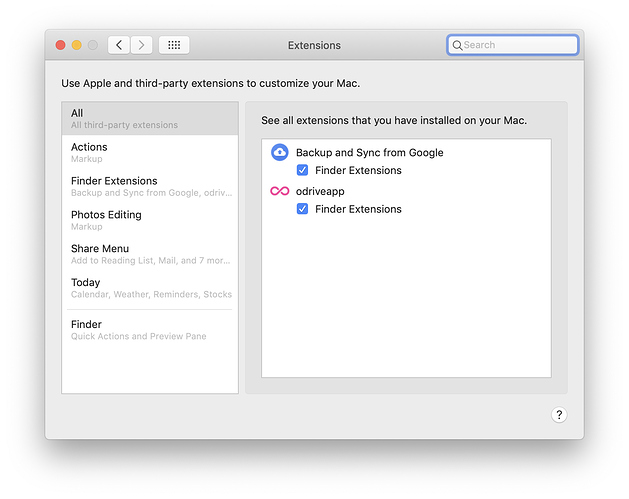 Hi @zrh,
If you toggle the extensions (try enabling odrive first, then google and vice-versa) is there a combination that allows both to show up?

odrive is using the Finder extension as per Apple’s guidelines, but Apple has historically has some issues when juggling a few different extensions with overlays. Since odrive can have folders anywhere on the drive with our “sync to odrive” feature, it is possible to have odrive badging on any files and folders, however we won’t draw them unless the feature is being used in that particular folder.

I have seen this before on Dropbox, although not infrequently. In the Dropbox case, if the odrive extensions were loaded/enabled after the Dropbox extension, then badging worked well for both. I am wondering if this may be the case here too.