How to stop syncing "sync to odrive" folder

This seems like a basic feature, so I currently feel like I’m overlooking some simple function in odrive somewhere:

After I synced a folder using the “sync to odrive” context menu option, how do I stop syncing that folder? When I choose “unsync”, the folder is removed locally and replaced by a placeholder. But what I want is the opposite: I want to keep using the folder locally and not have it syncing any more with remote storage.

Apologies in advance, because this is probably some very obvious feature that I have to have pointed out for me. Couldn’t find it in the user guide though. Thanks!

Hi @skander,
You can right-click on the “sync to odrive” folder and choose “remove sync” to cancel that relationship.

Hi @Tony
O yeah, I forgot to mention, I saw people talking about “remove sync” on the forums, but I don’t have that option in my context menu: 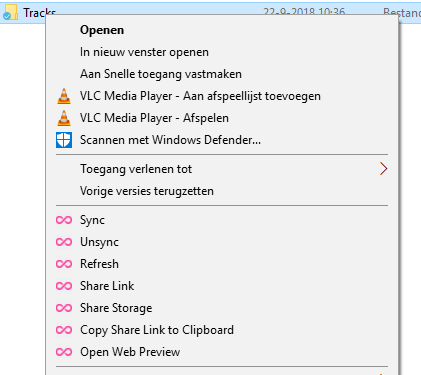 Can you check under the "sync to odrive"in the odrive menu and see what it shows there?

Can you also send a diagnostic from the odrive menu, so I can take a closer look?

Ah, that clears things up. I was under the assumption that, when using “sync to odrive” on a folder, and choosing to “apply to all files and subfolders”, it would basically treat the subfolders as if you’d used the “sync to odrive” feature on them.

So yes, this folder certainly is a folder inside a “sync to odrive folder”.

I can see now that on the original “sync to odrive folder”, I dó have the “remove sync” option. So I guess nothing is wrong in that sense.

I needed this feature on a subfolder because I wanted to move said subfolder to a different local location, outside of the “sync to odrive” folder, yet keep it synced with the same remote storage. The folder contains hundreds of gigabytes, and resyncing that data would pointlessly clog up the sync queue.

Is there any way to move a folder within a “sync to odrive” folder to a new location outside of the original “sync to odrive folder” while keeping the data on the remote storage intact and synced?

If you were to locally move the subfolder outside of the “sync to odrive” folder, odrive would pick that up as a delete of that folder and want to sync that to the cloud, so you wouldn’t want to do it that way.