Files uploading without changes being made

This is absolutely ridiculous. I’ve seen issues with odrive numerous times, weird glitches here and there.

But this one takes the cake. 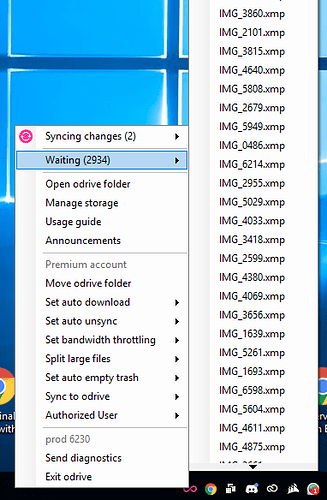 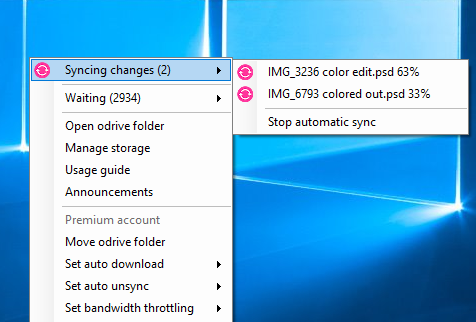 I’m just absolutely sick and tired of this nonsense. These screenshots are DAYS of wasted time.

odrive for whatever dumb reason keeps on wanting to upload data that has already been uploaded to the cloud.

I’m currently trying to sync a folder path that is already synced to ACD… to Google Drive.

Everything looked good and fine until I moved some fresh videos into one of the folders and now everything is going downhill. To be more specific, everything looked fine and all synced up until I added a few fresh files.

Perhaps I messed up, but I did everything as normal as possible. Maybe the issue is with having a folder structure synced to 2 different cloud services? But why is it these files just keep on re-uploading over and over?

This is odrive prod 6230. This is odrive installed on a fresh install of Windows 10. I’m sickkkk of these issues. I just got done download a ton of data and uploading (offloading) it to the cloud. If odrive can’t handle big data then okay. I’m fine with that. I’ll look elsewhere. odrive by every single glitch I come into simply can’t seem to handle large volumes of data.

I’m not even going to bring up the snail speed of future features. Stability is still an issue.

Hi @christianorpinell,
Odrive will upload if any changes to size or date are detected. You mentioned that you are syncing a single path to two storage clouds. Can you tell me how you are doing this since we don’t support this natively in the app?

Can you also send a diagnostic from the odrive tray menu?

No changes should have be done to these files. It’s a Adobe Lightroom folder of RAWs and PSDs.

I sent the diagnostic.

I’m syncing a folder to that is nested in the same way to both ACD and Google Drive. However, I think I did. But now that I think about it, something may have gone wrong with odrive before.

Here are the events in order.

I’m thinking it could just be data size from a single folder, but if distributing the data load across folders is the answer, then what is the recommended cap? I wish I knew, because I kind don’t want to keep the, “oh wait, odrive can’t handle this amount of data” thought process always going through my head.

If I create 5 individual folder all individually synced (point to) to odrive is that any different in overhead than 1 parent folder that has those same 5 folders?

I wonder if it had to do with the fact that I changed a folder name within odrive.

Yes. This will break the sync-to-odrive sync relationship, since it is path-based. If the folder was renamed then the original name would be shown in the “sync to odrive” list as “missing”. The diagnostic shows two folders in this state:

The new folder names would not have a sync relationship associated with them, which is why you were able to select the “same” folder for Google Drive.

The diagnostic was pretty short, so I’m guessing you restarted odrive before sending? I don’t see any items in waiting or actively uploading at the time of the diagnostic, but it is in the middle of a scan.

Are you still seeing already-sync files re-uploading? For the ones that in the screenshot you posted above, these files were already synced to Google Drive and then started re-uploading on their own?

Unfortunately I would need to see another diagnostic that captures the spontaneous re-upload occurring to see what may have triggered it.

I was, but just when I try to prove it, it seems to now have stopped. Restarted several times now it seems normal now.

For the ones that in the screenshot you posted above, these files were already synced to Google Drive and then started re-uploading on their own?

Yes, the ones in the screenshots were examples of re-uploading, pre-existing files.

Unfortunately I would need to see another diagnostic that captures the spontaneous re-upload occurring to see what may have triggered it.

I’ll be on the lookout if it happens again.

So renaming a folder inside of odrive web panel, or through Google Drive will break the sync relationship, but renaming it from Windows should be fine. Sounds like a stupid question but thought I would still ask.

Note: As of right now everything seems to be back to normal operation.

So renaming a folder inside of odrive web panel, or through Google Drive will break the sync relationship, but renaming it from Windows should be fine. Sounds like a stupid question but thought I would still ask.

Not stupid at all. Renaming on either side will break the relationship. The only difference is: when you change it locally and then click on the link listed in the “sync to odrive” section in the odrive menu, it will let you find the folder again. If you change on remote you are not given that option.

As of right now everything seems to be back to normal operation.

Good to hear. Just let me know if you hit it again and I can try to figure out why odrive decides to upload.