Decrease CPU priority so ODrive doesn't interfere with other processes

I’m somewhat of a power user (software development industry). After making a stack of file changes ODrive will consume 100% of the CPU of a single core. That’s fine - it’s doing it’s job - but it hurts any process I have running on that CPU core.

If I set the process priority to ODrive to “Below normal” the issue disappears. Surely it makes sense to have ODrive permanently running at a lower priority at startup? 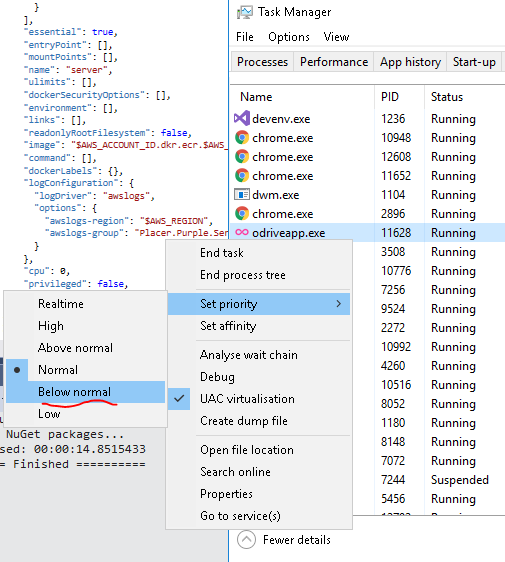 Hi @ben4,
Thanks for the observations. Our overhead will be reduced in the next major release, but lowering odrive priority is an interesting tactic too. I will pass the idea along.

When is the next major release expected to be shipped?

Hi @david3,
This is the best answer I have for that, currently:

Hi @Mark_H, I am hesitant to give another estimate, at this time. As stated above, we were shooting to have this out already, and we are trying to get it out as soon as we can. During our planned development efforts we saw several unanticipated areas of improvement. These improvements will make things much better, across the board, and enhance our ability to fix, refine, and add features in the future. It is an investment we felt we needed to make, despite the release delays it would cause. W…