Hello, I have been using Odrive for a while and its fntastic, but i have been trying to access archive folders that I compressed before using odrive and they extract but only show as a cloudf file folder and that is empty.
How can i fix this please and get my stuff back?

Hi @madrat31,
Can you clarify what you mean by compressed? Are these folders that you zipped up previously?

Where are these folders stored in the cloud?

If you can provide a screenshot of what you are seeing, that may help to clarify for me.

Hi Tony, the 1st pic is of one my odrive folders on my laptop showing zipped folders, the 2nd pic shows the folder unzipped and apparently empty. I have had some of these folders for years and they always worked fine when i just used the google drive desktop application. The 3rd pic shows my google drive folder online, with the same folder opened its shows a .cloudf folder in there when it used to show what files were in there. 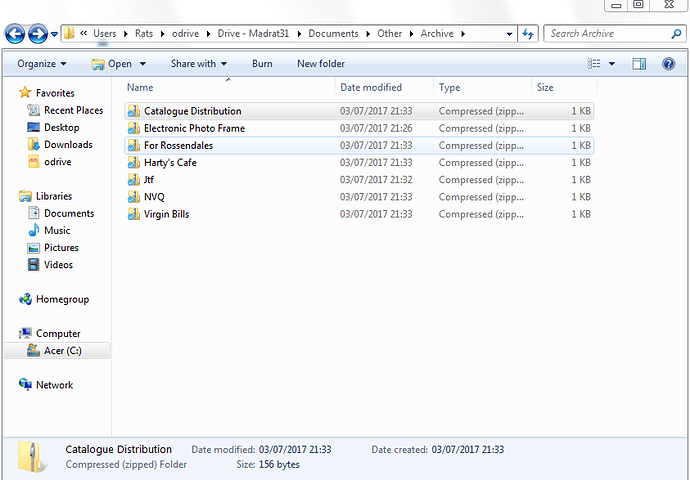 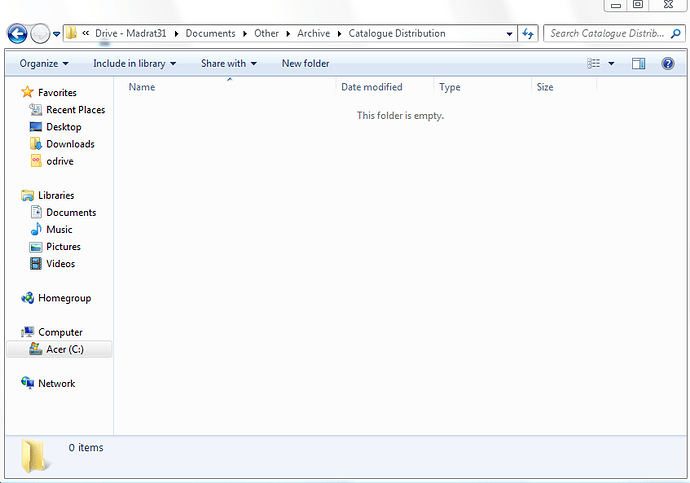 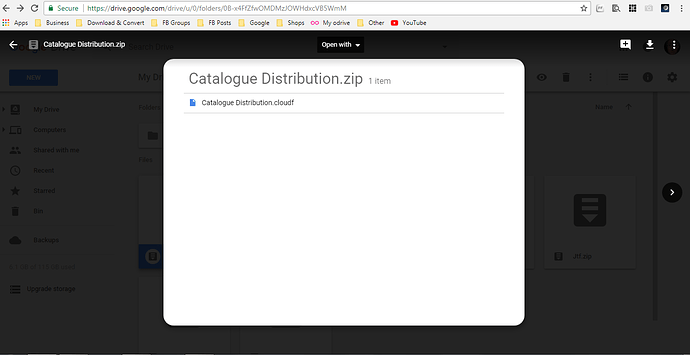 Hi @madrat31,
Hmm, it looks like the zip was updated using a placeholder folder instead of a “real” folder at some point.

Can you check the versions for these files in the Google Drive web client? You can do this by selecting the file in the Google Drive webclient, then clicking on the “i” icon at the top-right. This will open up the details pane. In that pane there is a “Modified” row that should have an icon that looks like a clock with an arrow going around it counter-clockwise. If you click on this you can access previous versions of the file.

From this same pane you can also see the history of the file. This can give you an idea of when any changes were made to this path.

You can also look in the Google Trash for previous .zips or the folders that the .zips were created from. Since this would’ve been a new .zip created, the old one would’ve needed to be deleted or moved at some point, and its possible it ended up in the Google Drive trash.

Thank you Tony,
I found the original folder in the trash, had some major searching to find it.
Thank you so much

Great! I am very glad to hear that. Thanks for the update @madrat31